** BEHIND THE SCENES ** Counting the cars 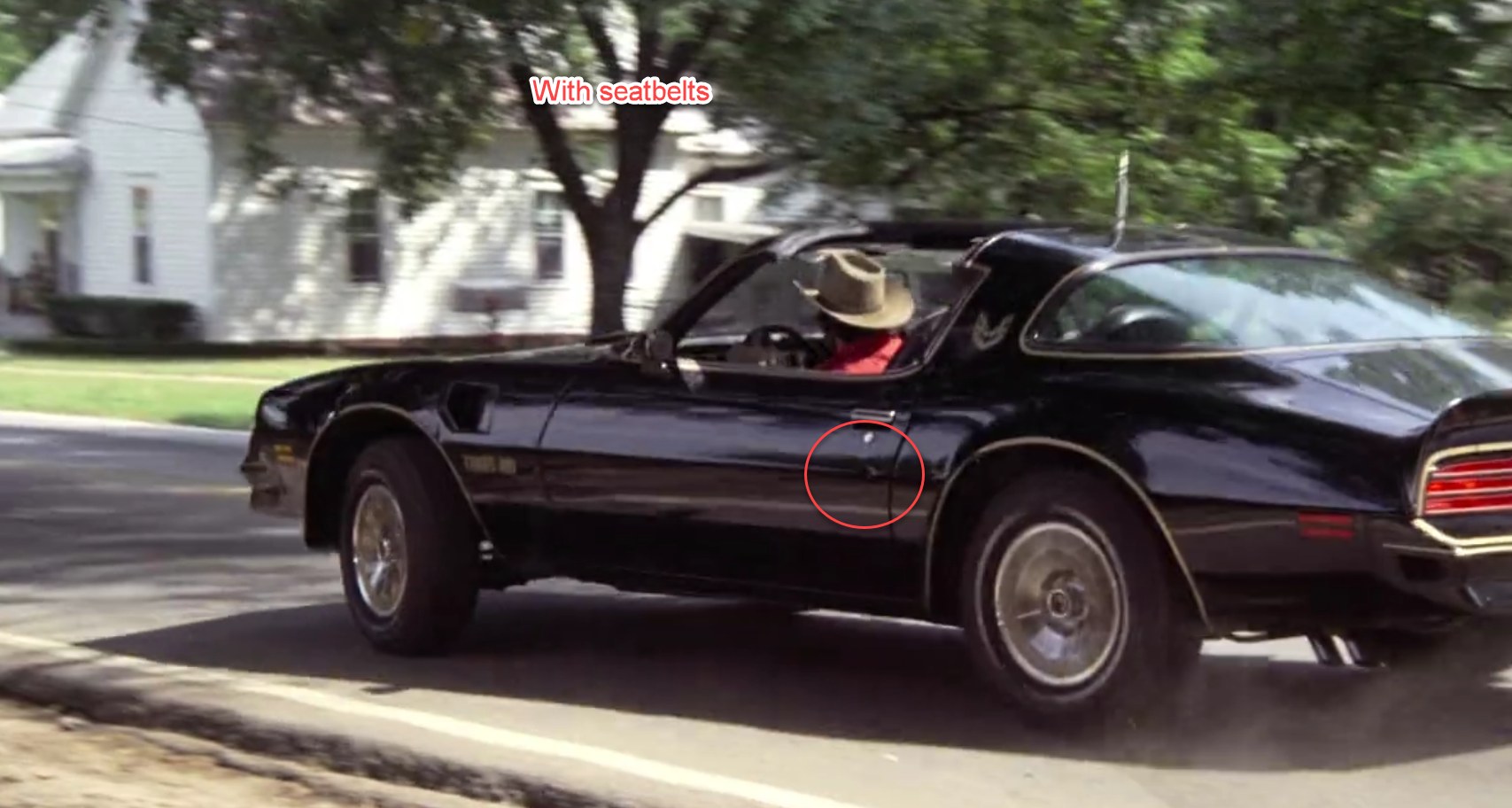 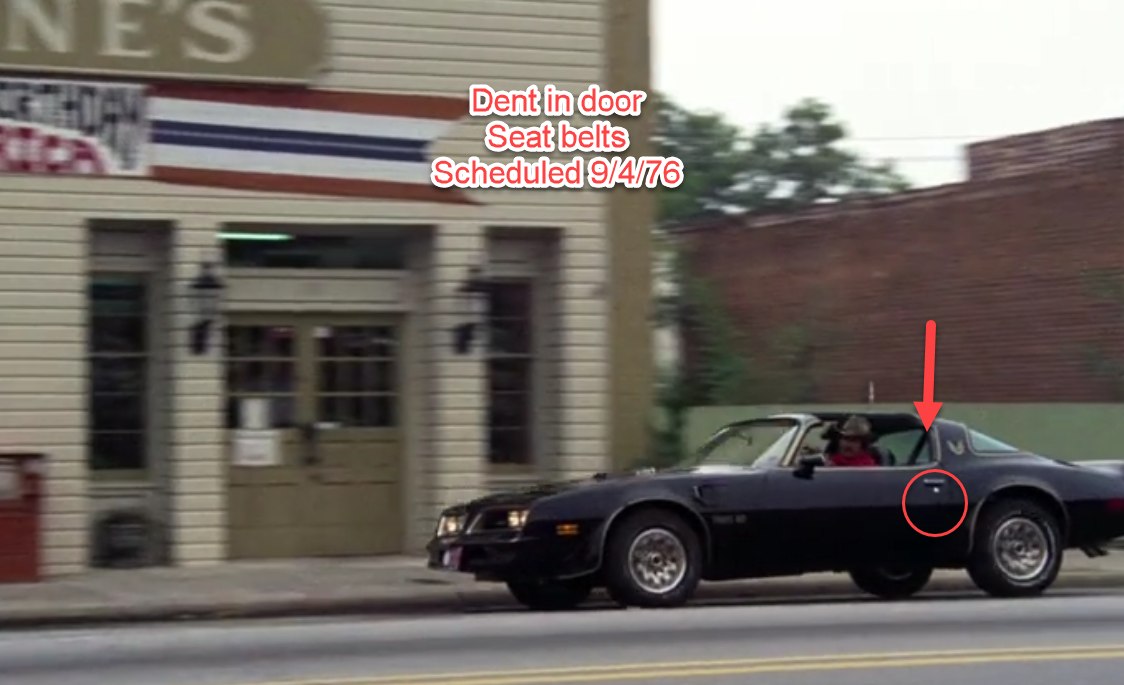 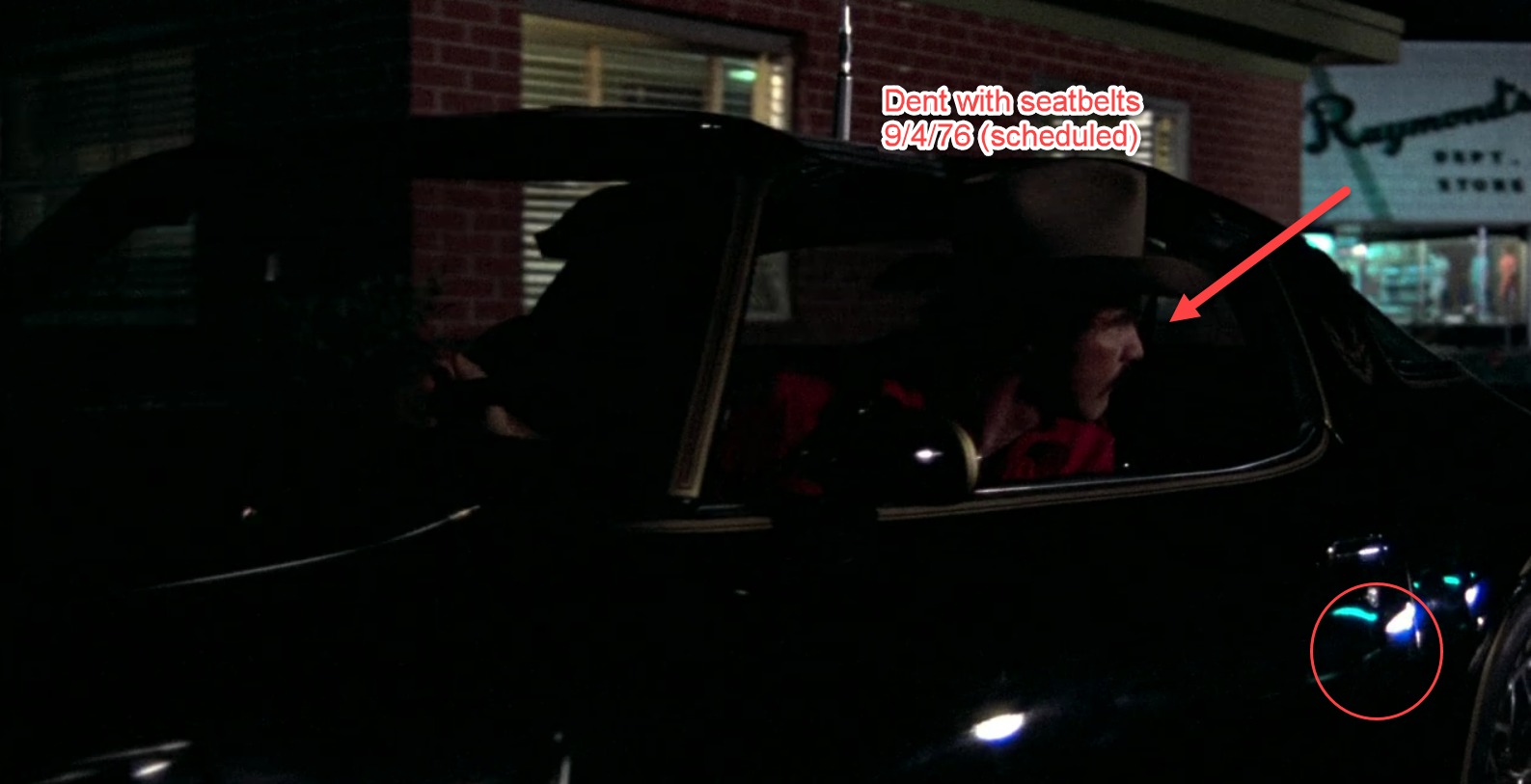 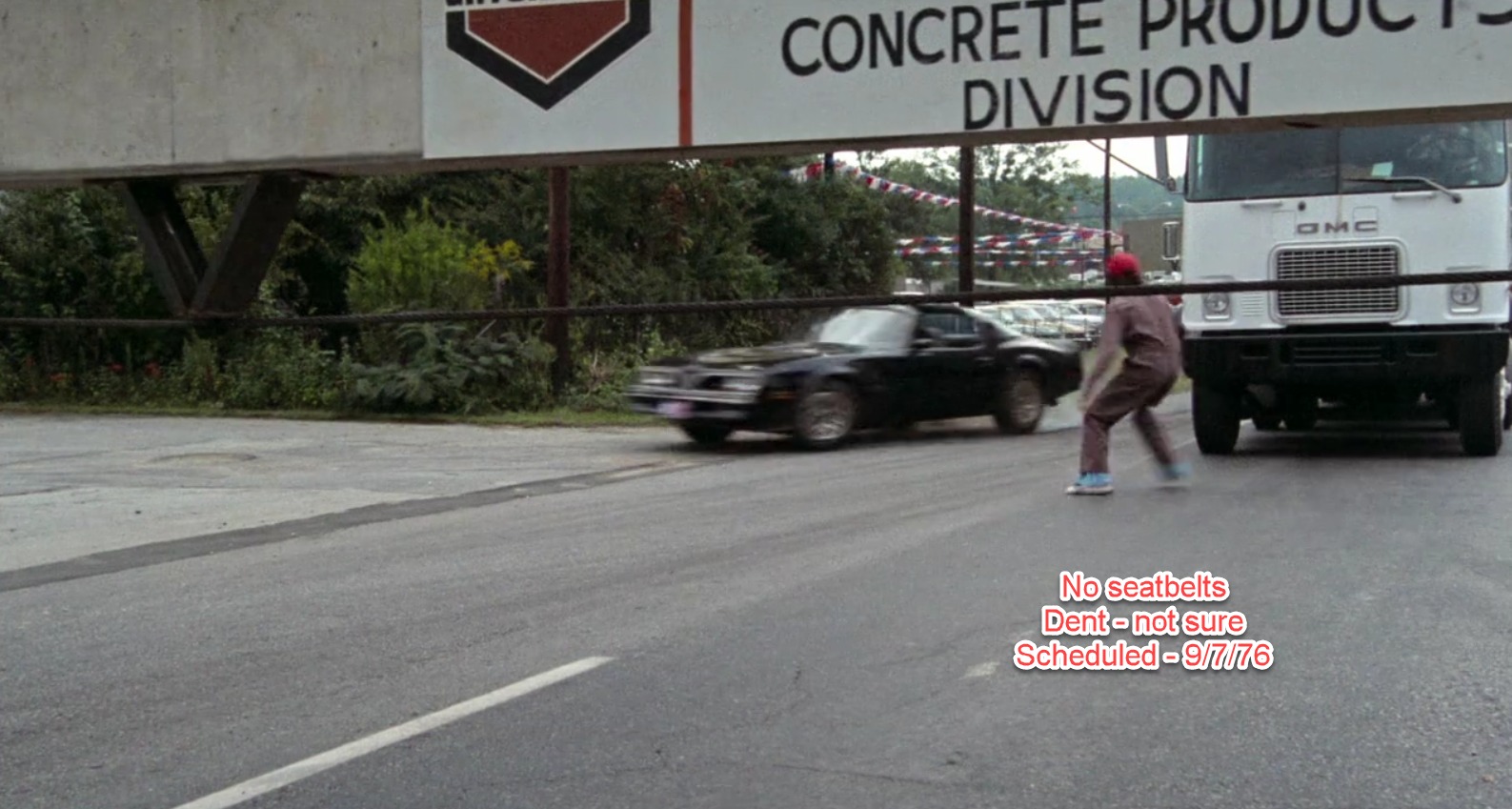 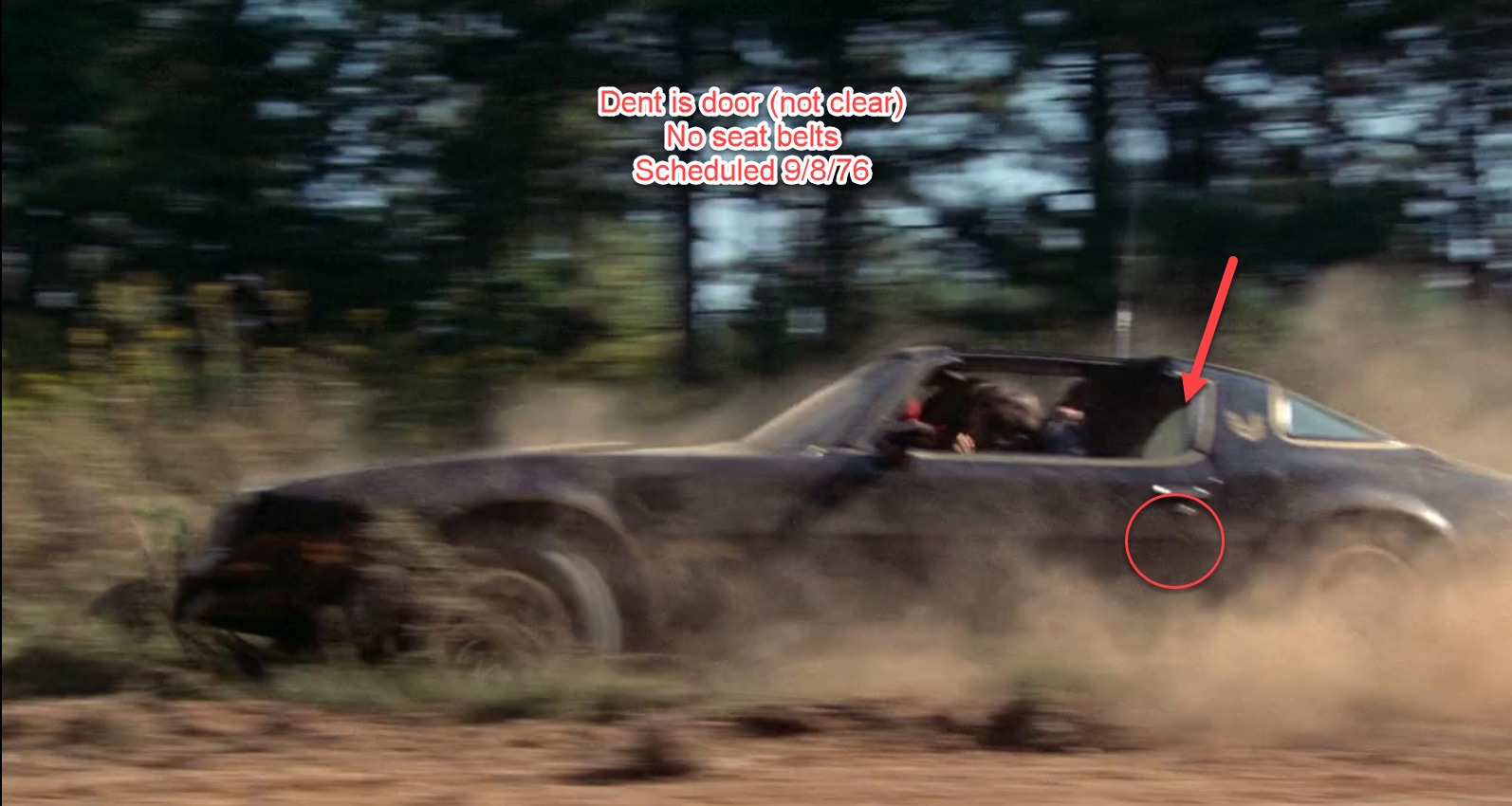 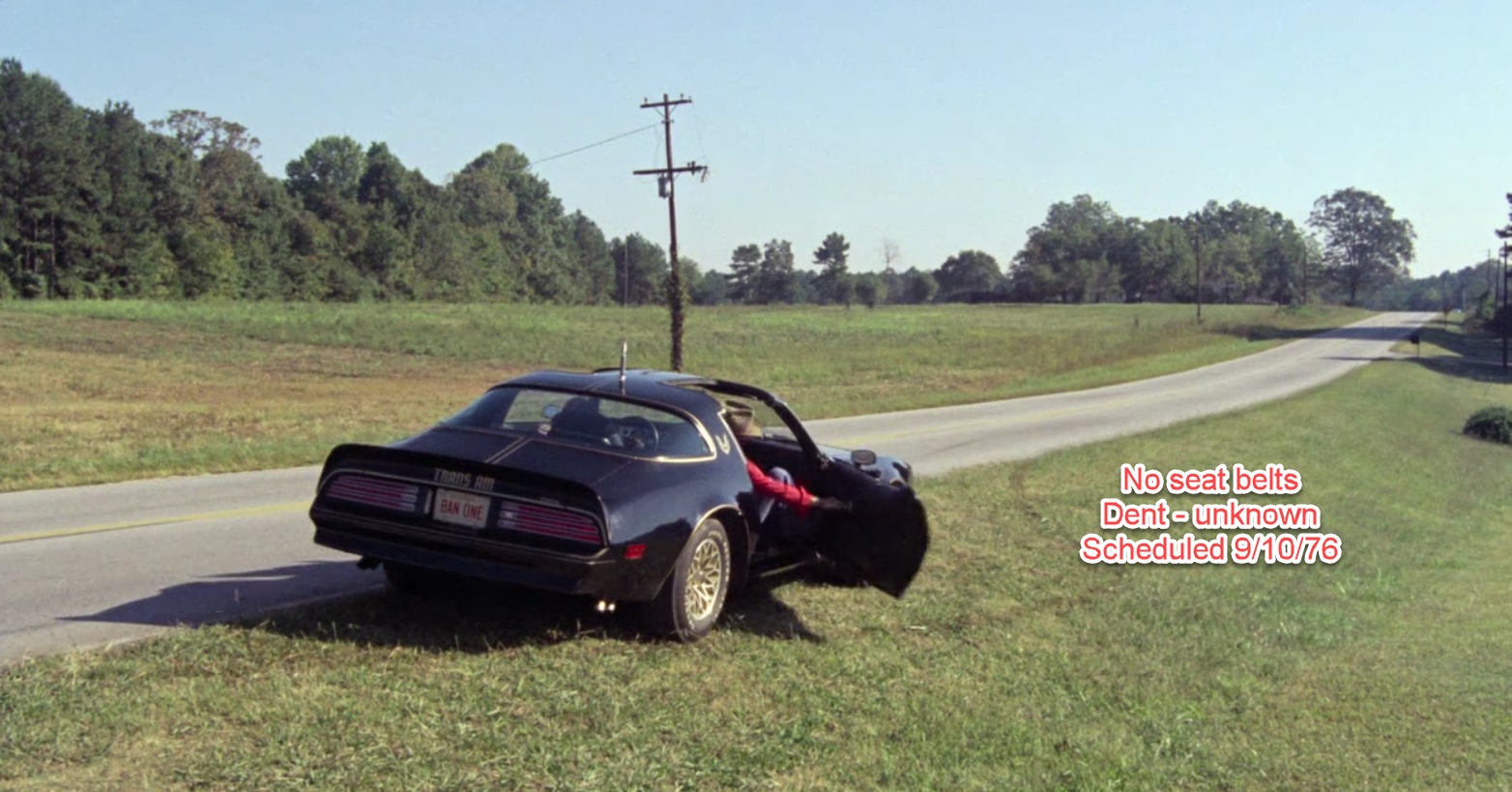 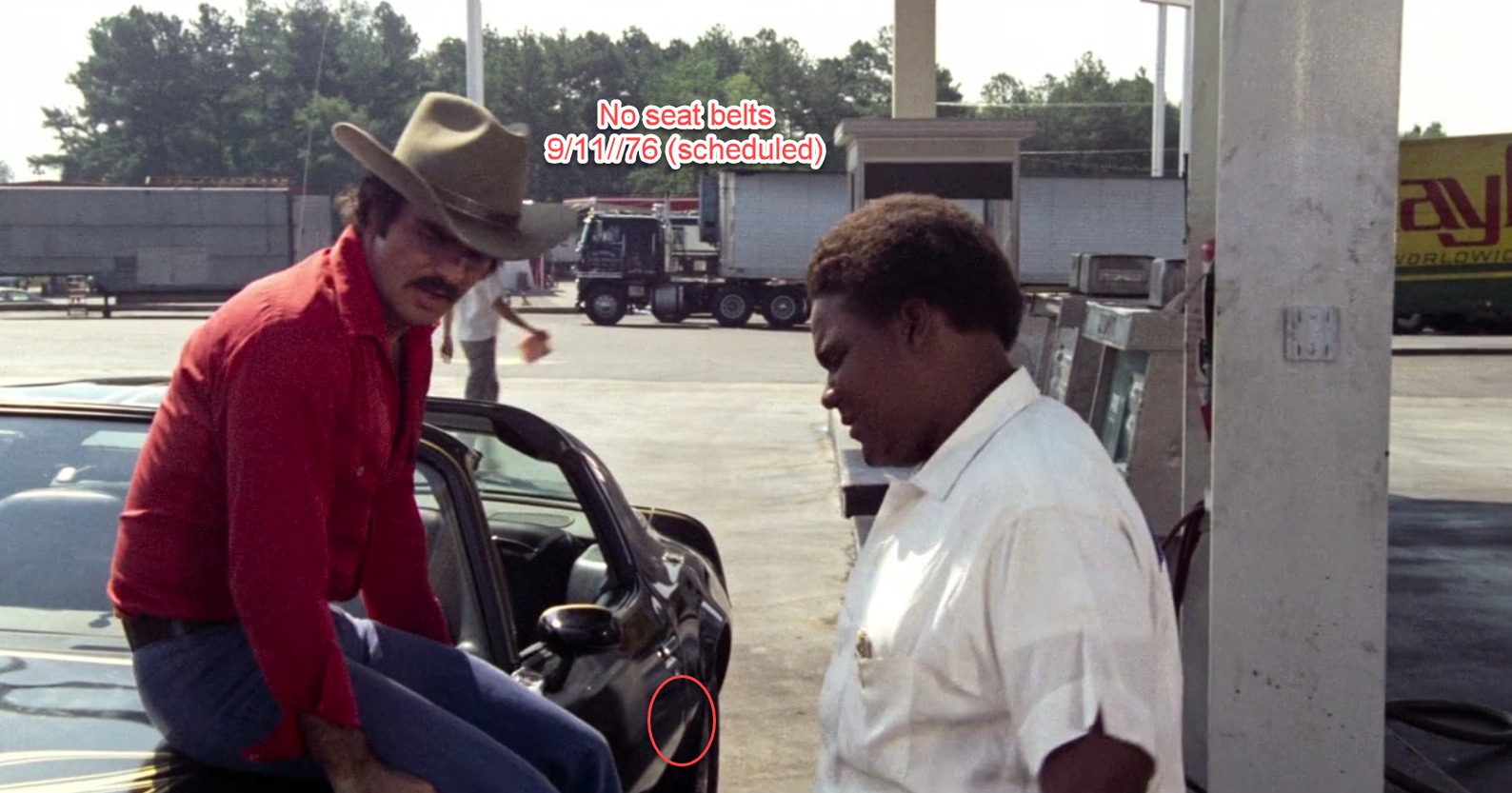 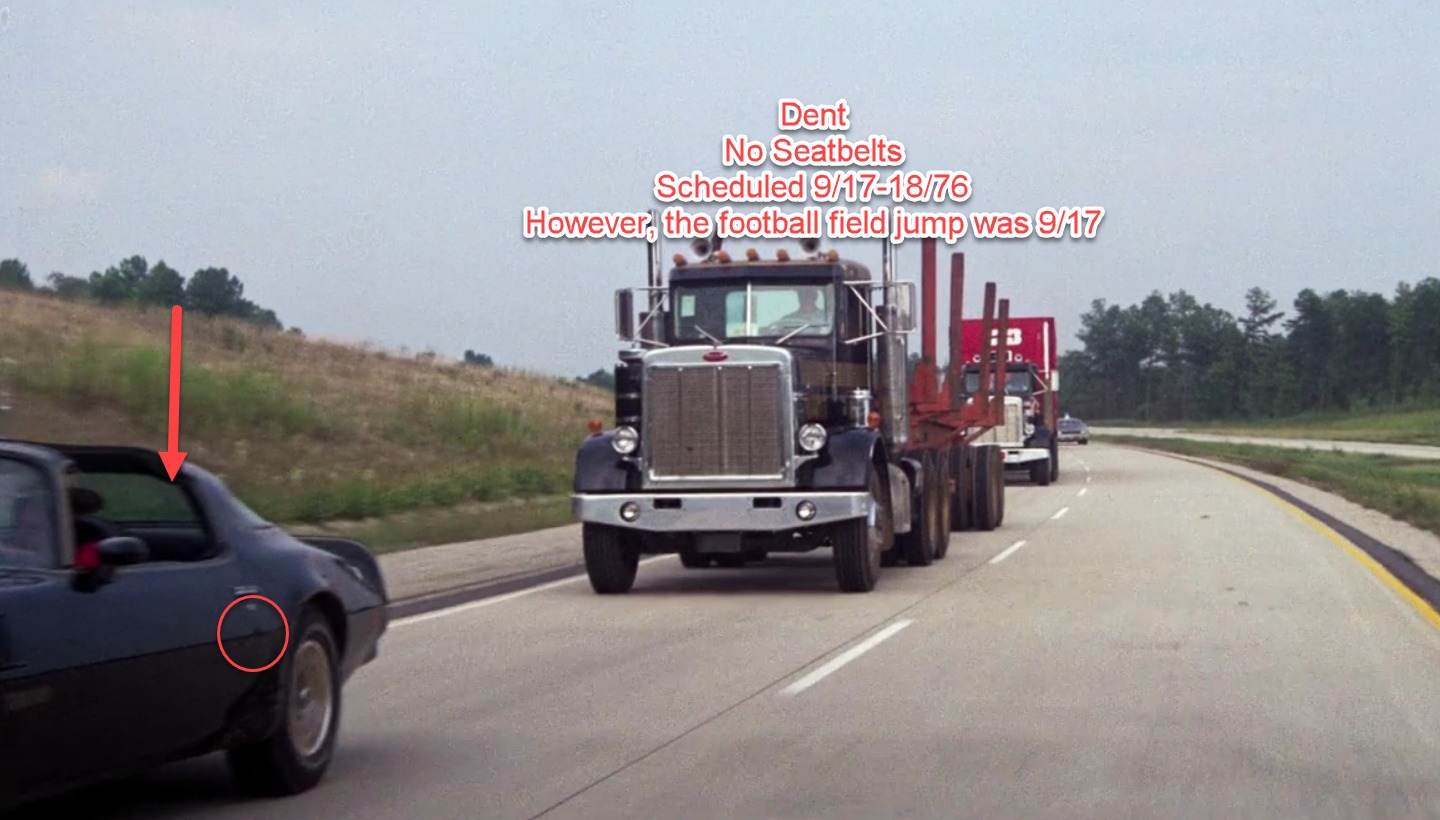 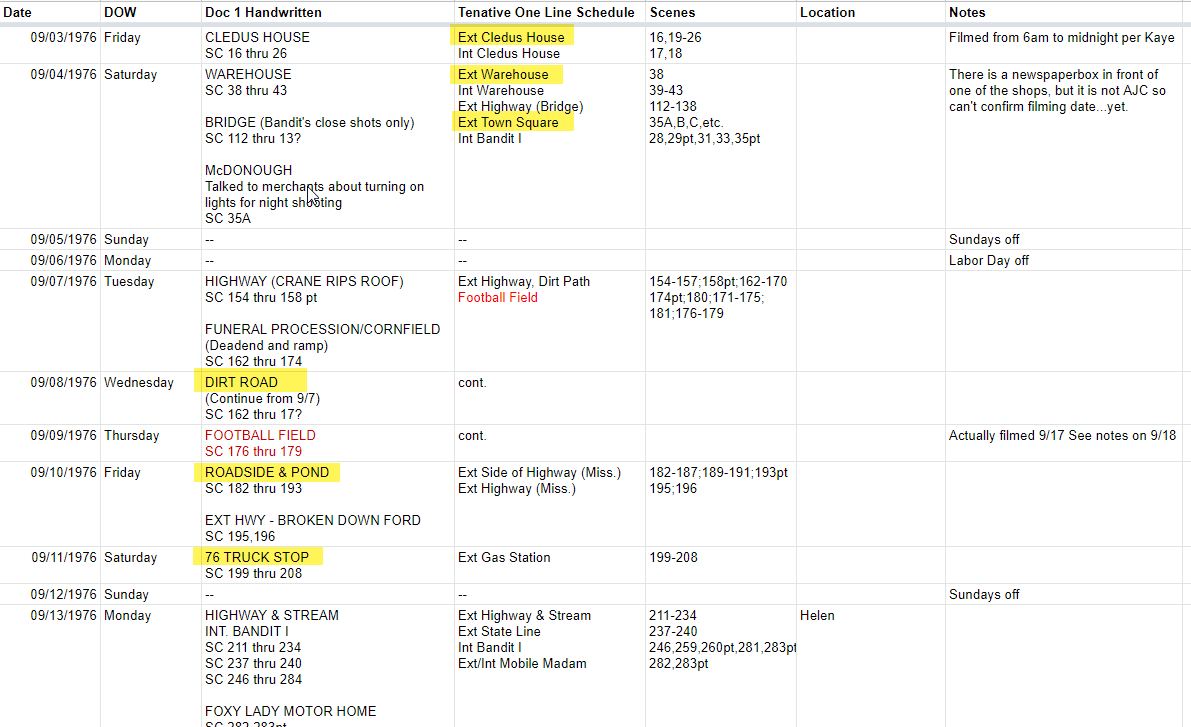 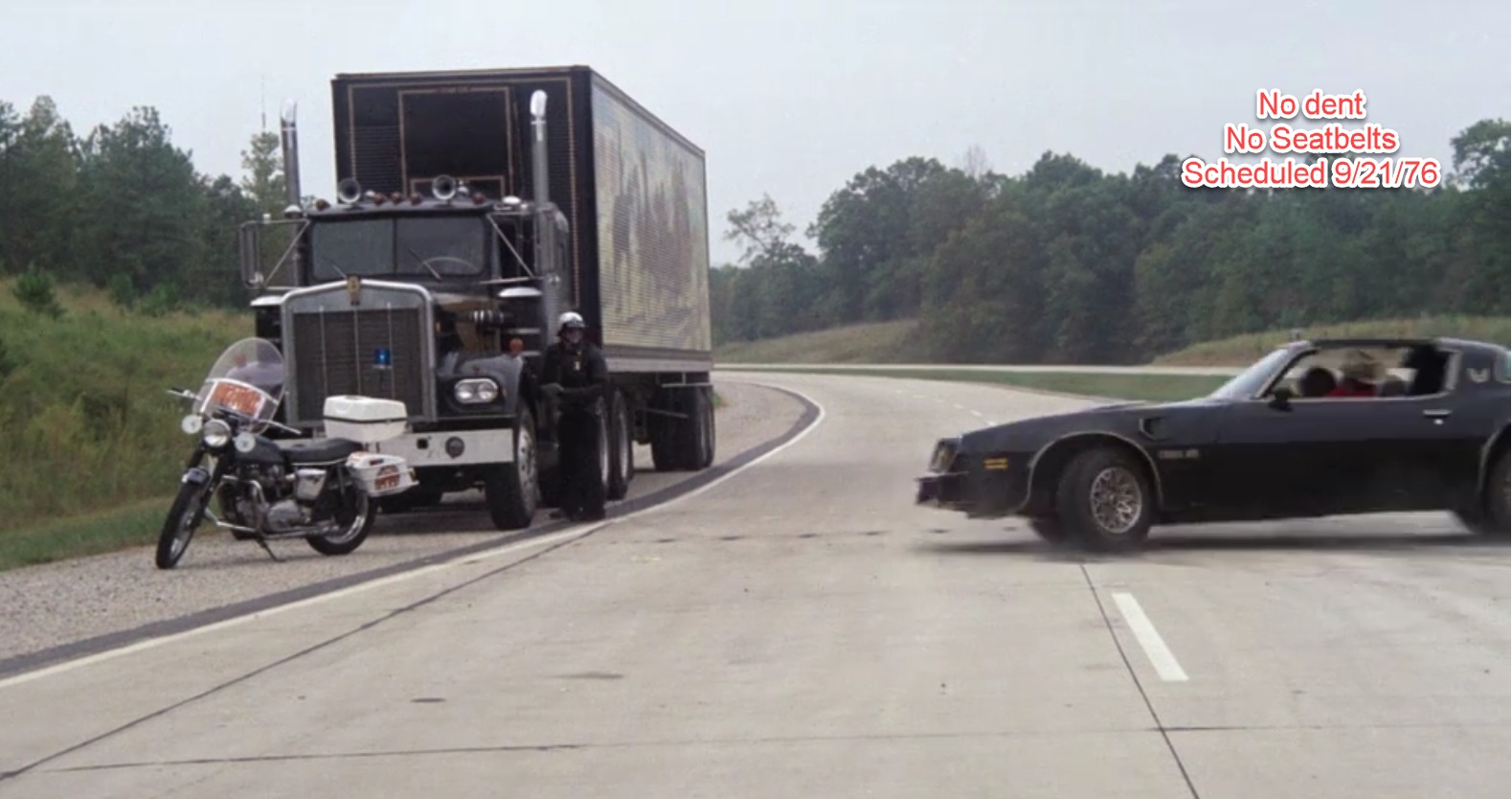 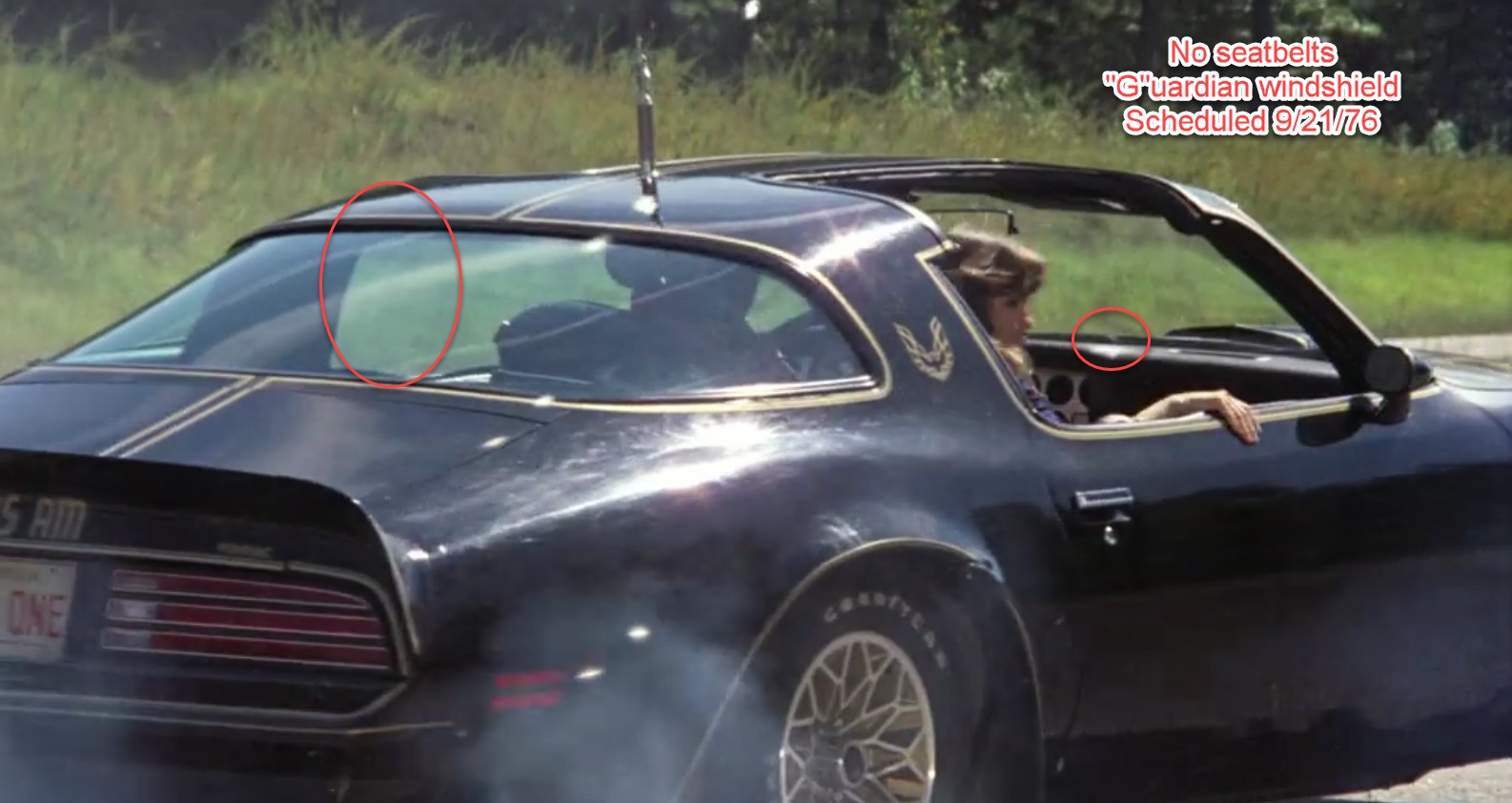 The day the seat belts were removed from the hero car.

There was (at least) one very nice Trans Am that was used for most of the exterior shots. One of its unique features was that its seat belts/shoulder harness were removed mid filming. Some of the early filming still has its seat belts. Based on the filming schedule I have narrowed down the most likely date the belts were removed. Note the other features of this Trans Am include:

So, based on the above observations it looks like the seat belts were removed on or right before 9/7. It is not clear to me why they decided to do it at this point. But there it is.

So, why is this significant?: Because on 9/21/76 there is a hero car (where Carrie flips off the cop) that:

Thanks to Nikolas Worden and Tyler Hambrick for their contributions to this research.

But Why Are You Doing This?: As part of an ongoing research project we are documenting unique features of the Trans Ams used in the filming of Smokey and the Bandit. Even though the cars were intended to look the same on film, there are distinguishing features that each car has that help identify each one. This will help us determine the exact number of Trans Ams used/required for filming. Some of these features changed over time, so it is important to know the filming schedule plus the day the change occurred.