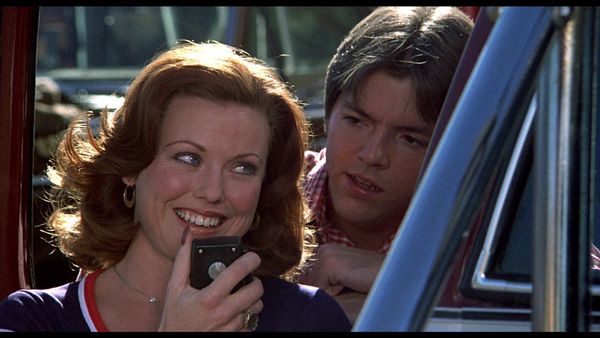 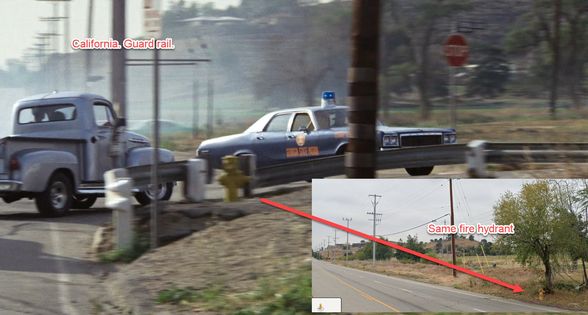 A couple of days ago I posted the filming locations for the Hot Pants sequence. I was complaining about not being able to find the side road in Google maps at the California filming location. It turns out the intersection was removed after the I-210 / San Fernando Freeway was put in.

I found a map from the early '70s and it shows the road used for the block: Osborne Street. There is no trace of that intersection anymore. However, because of this map I found the fire hydrant from the movie. So it confirms the filming location which puts me about 700 feet off from my previous post. I did updated the previous post for posterity.

I have included a map comparison below. I overlaid the original roads over the 2022 aerial map in pink. If you go to Google street view, you can see the same fire hydrant from the movie:https://www.google.com/maps

I overlaid the other road coming in at a angle near Osborne Street, it is called Fenton Avenue. In the movie you see a green Nova (or Chevelle?) on that road rolling up to the stop sign as the Trans Am and Georgia patrol cars turn up Osborne St