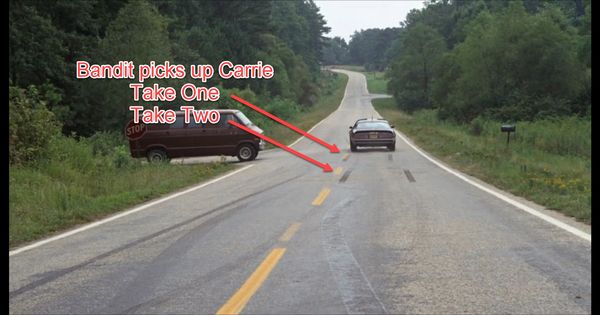 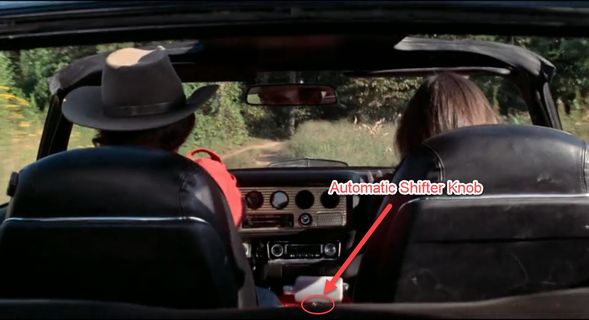 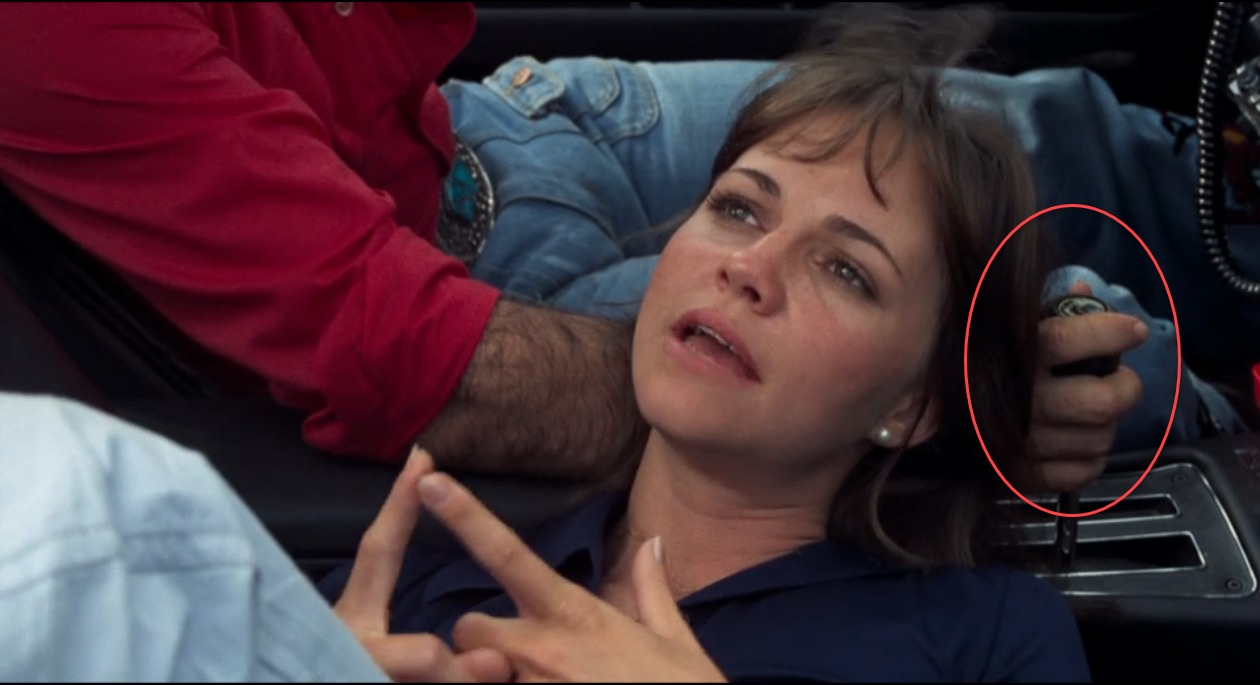 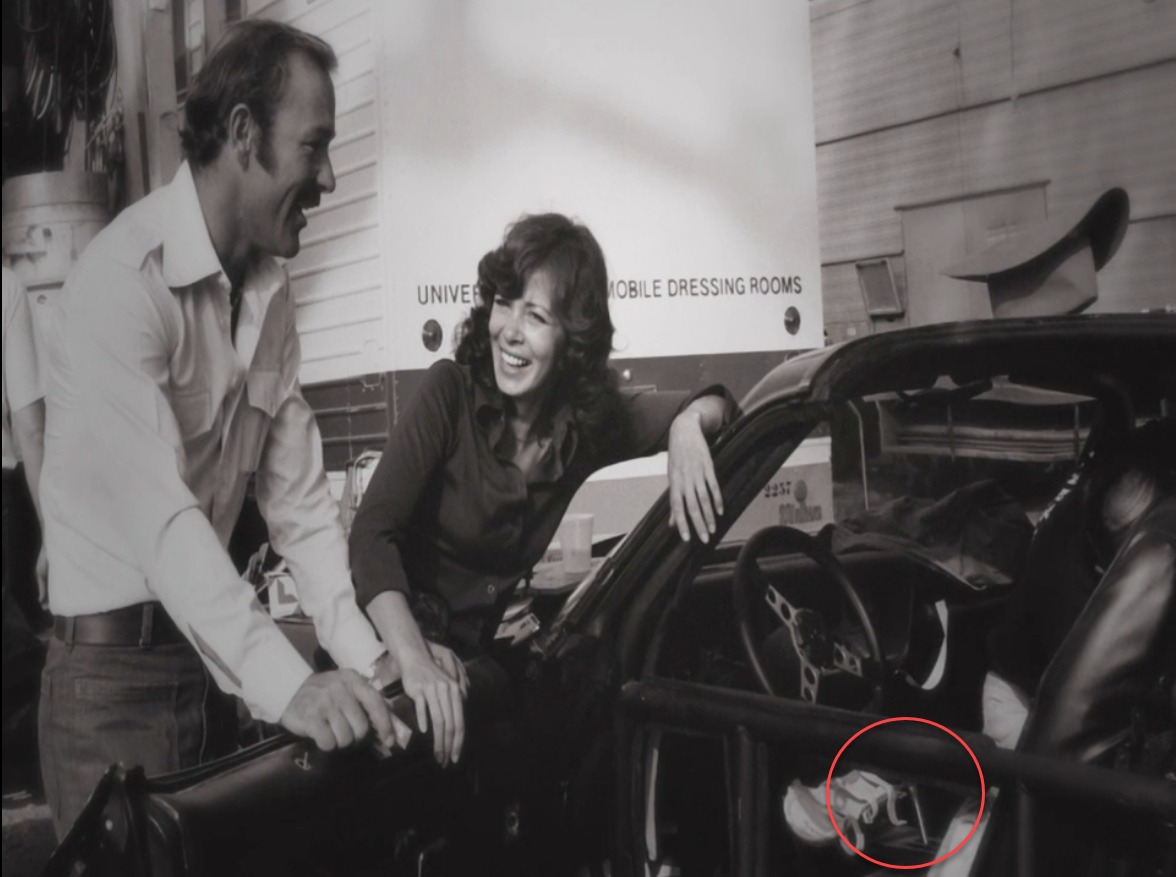 There is a debate that one or more of the Trans Ams used in the movie was a 4-speed car. One of the examples given is this scene where the Bandit first picks up Carrie and catches rubber in second gear. The argument is that an original 400/Automatic could not catch rubber like this.

If you look at the patches in the road, this was at least the second take because there is an identical strip of rubber in nearly the same spot.

However, if you look at the scene just before this one (gif below), Bandit clearly pulls back on the shifter as if putting it in D to take off vs pushing it up into 1st to take off. I realize there is a scene cut between the 2, but would they really switch cars here? Note that Burt is driving in both cuts.

For reference I added still shots of 3 other cars used in the move that obviously had automatic shifters. Is there anywhere else in the movie that would indicate a 4-speed car was actually used?